This post may contain affiliate links that help to support my blog.  Using these links incur no additional costs for you.

I’m so excited to be posting my recipe for the Food Advent Calendar!  My chosen spice is cardamom, and I am featuring the spice in a warm chai-like spiced almond milk.  This delicious and warming drink is gluten free and dairy free!

To make this pure winter delight, add all ingredients to a pot and turn the burner on medium-low.  Being careful not to let the milk scald, you may have to adjust your heat setting to low. 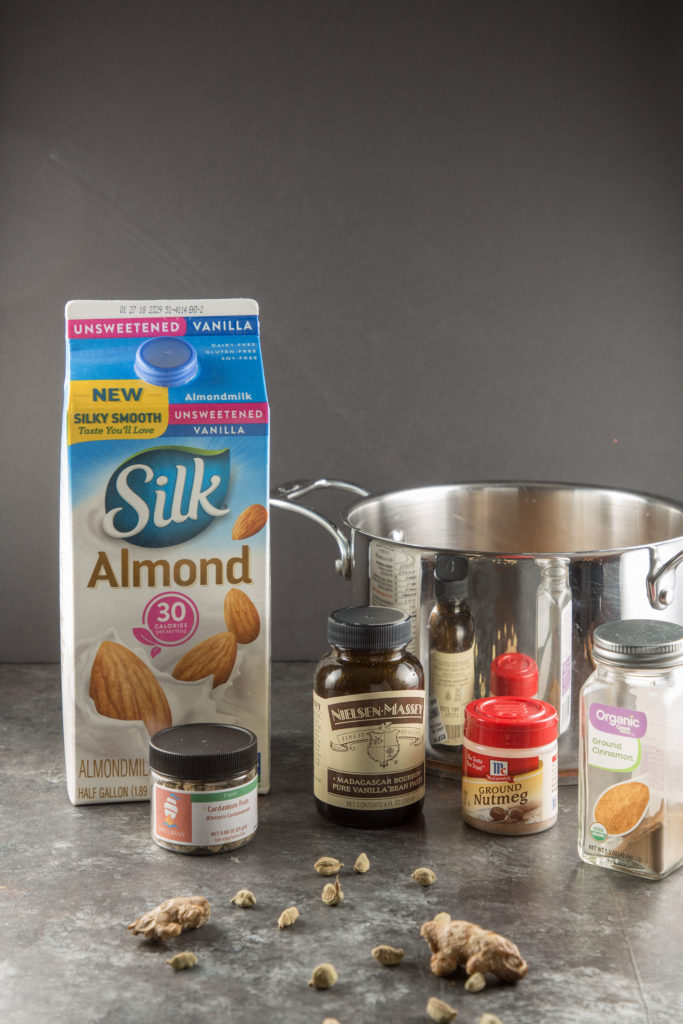 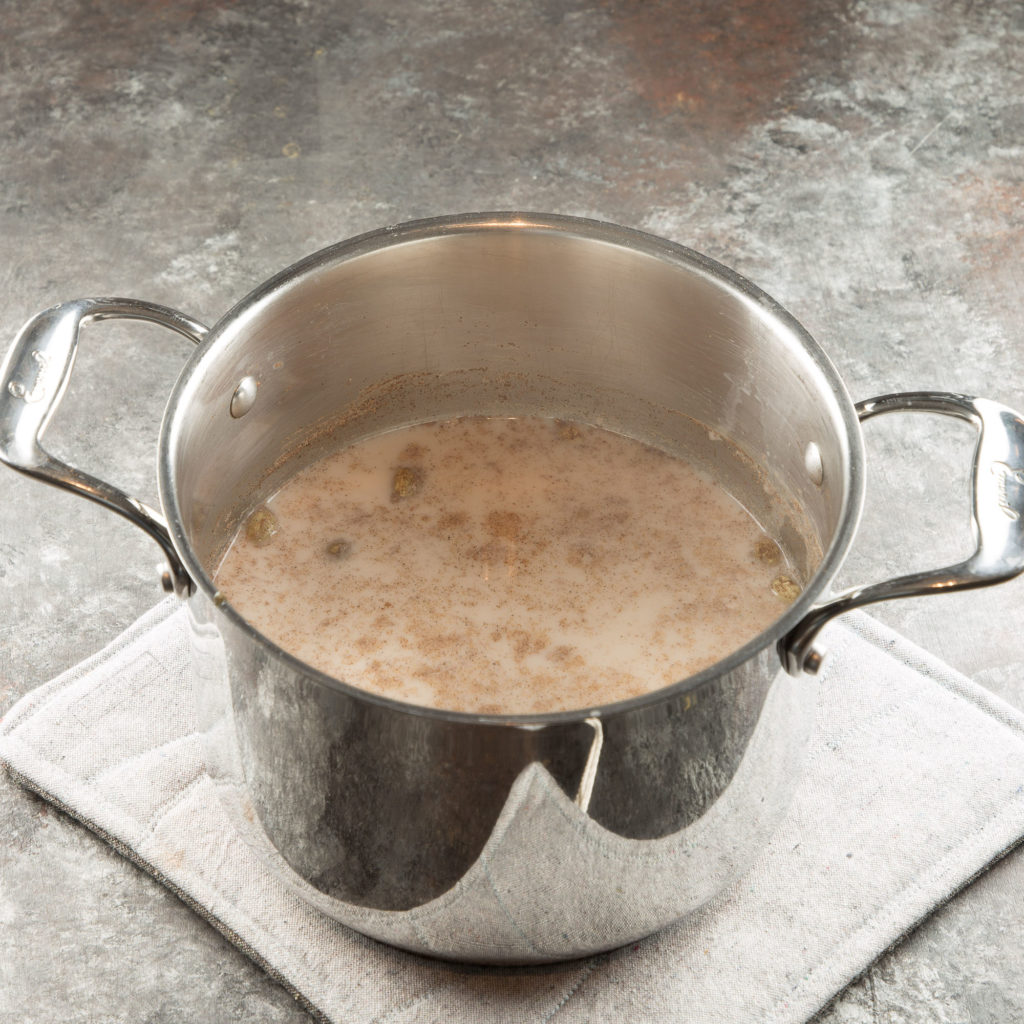 Spiced almond milk is perfect for chilly weather.  Or when you have a cold.  It will warm you up from the inside out!  Double or triple the recipe as needed.  A large batch can also be made in the crockpot for a large gathering or merely enjoying it yourself all day long.

Other people who are participating are as follows:

December 1, Jenny from Jenny is Baking will feature tonka bean in a sweet bread

December 2, Rachel from Dishing Up Dinner will feature nutmeg in a cookie

December 3, Jyoti from The Hungry Belly will feature saffron in a dessert

December 4, Natalie from Natalie Journeys will feature nutmeg in a drink

December 5, Renea from Inspire A Creation will feature peppermint in a dessert

December 6, Samira from Samira’s Recipe Diary will feature cardamom in a dessert

December 7, Markus from Earth Food and Fire will feature cloves in a side dish

December 8, Candi from Make Ahead Meal Mom will feature nutmeg in a dessert

December 9, Rachael from Coloured Plates will feature star anise in a condiment

December 10, Kori from I Rok the Kitchen will feature ginger in a cookie

December 11, Megan from Life on Paradise Drive will feature pumpkin pie spice in a dessert

December 12, Leslie from Deliciously Plated will feature cardamom in a beverage

December 13, Tanya from Food Forage will feature ginger in a dessert

December 14, Ali from Fix Me a Little Lunch will feature bay leaves in a cocktail

December 15, Daniela from Dani’s Cookings will feature cinnamon in a cake

December 16, Neha from Witty Mushroom will feature cardamom in a dessert

December 17, Lizet from Chipa by the Dozen will feature aniseed in a cookie

December 18, Jillian from Simple Sassy Scrumptious will feature cinnamon and cloves in a cookie

December 19, Jennifer from Jennifer Bakes will feature cayenne pepper in a snack

December 20, Angela from Bake It with Love will feature nutmeg in a dessert

December 21, Kaveri from Pretty Little Things will feature ginger in a dessert

December 22, Nataliya from The Friendly Gourmand will feature clove in a side dish

December 23, Myriam from Milly’s Melting Pot will feature vanilla in a cookie

December 24, I will make a Christmas roundup with all the recipes 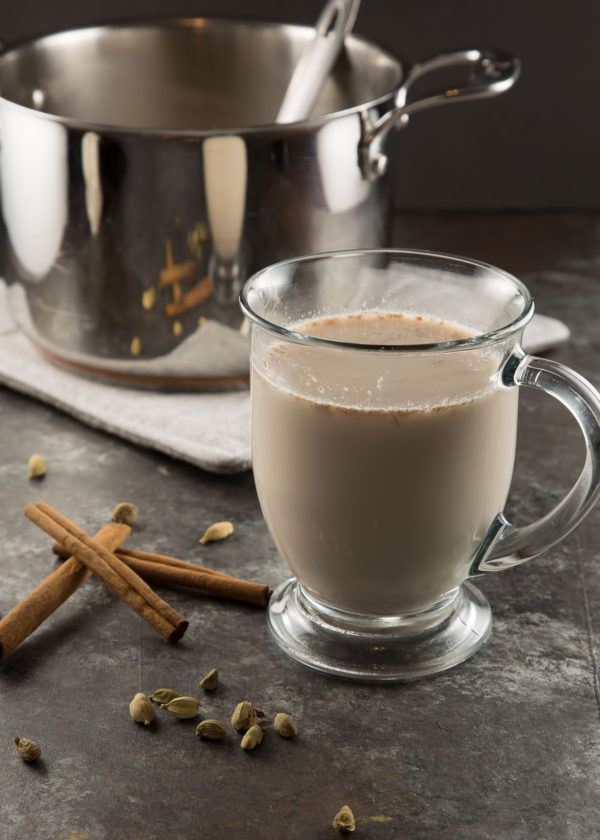 This can be made in the crockpot.  Simply add all ingredient to the crockpot and set on low.  Batch may be doubled or tripled as needed to serve a crowd.

A Jumbo Shrimp Appetizer That’s Perfect For Sharing (Or Not)

Healthy Meal Prep Ideas: Staying on Top of Your Nutrition When Busy